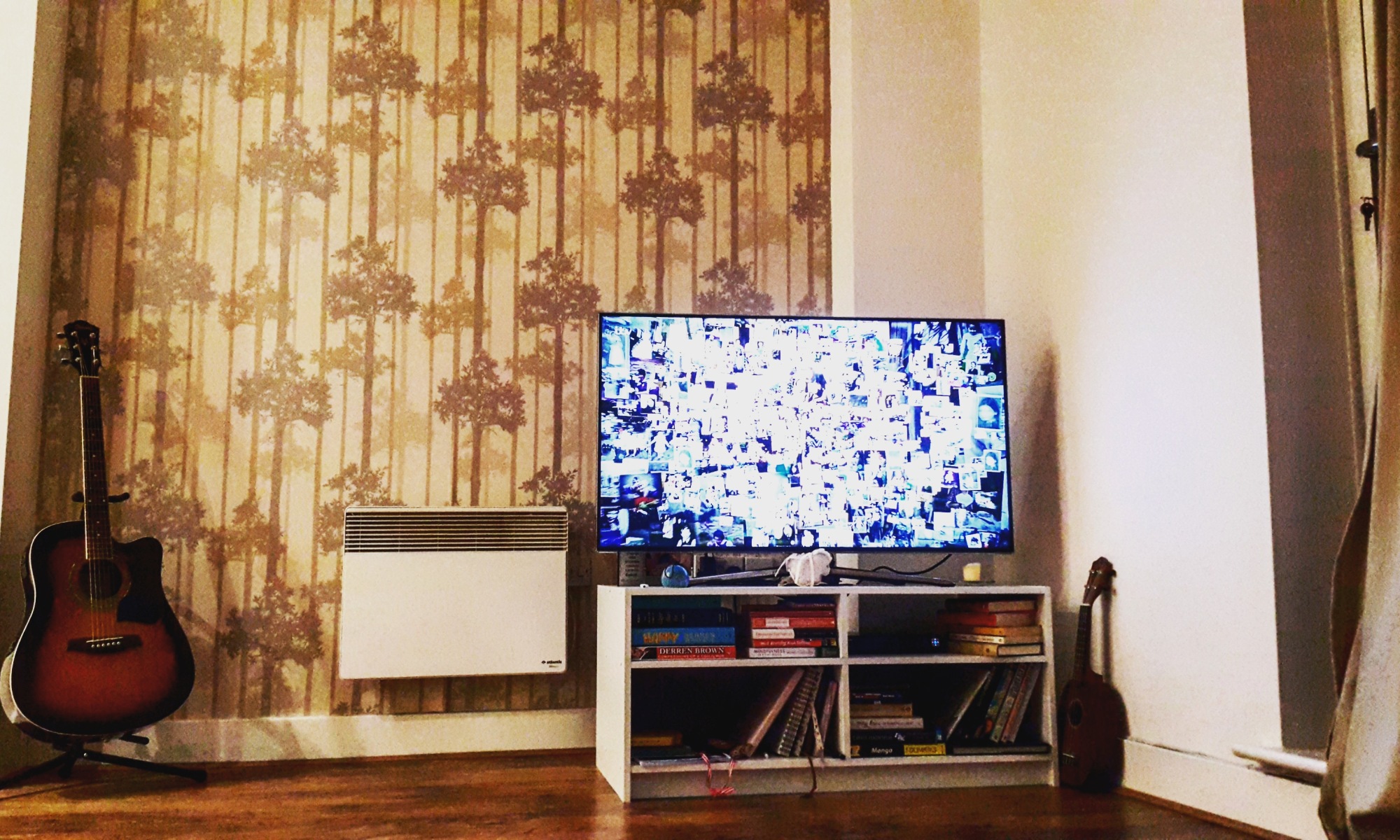 There’s not much to say for the actual day. That’s what normally happens doesn’t it? It’s always the build up before the big day that causes most of the angst and it’s almost never as bad as you think it will be.

I woke up bright and early despite the exhaustion and the slight hangover (all worth it Jaba!). I had plans for the weekend I was not willing to cancel because of the move. Jazz night in London on Saturday, Mark’s 50th BBQ party on Sunday, I couldn’t possibly miss either so I spent the little time I had in between to pack and on Monday morning I was almost ready.

I had a last cup of coffee at the old place, finished packing and headed to the agency to fill in the paperwork and get the keys. On my way there I kept thinking of everything that happened the last 6 months. I know this is just in my mind, a symbolic gesture but it felt I can leave all of it behind, in that flat. As if never happened. Although it did. But I take what I learned from each and move on. Somehow every time it feels easier.

I went back home and waited for Barry, my removal man. After about two hours it was all done. Barry and his wife were just brilliant. Although I had more stuff that I originally thought, they squeezed everything in their van and didn’t charge me extra and they took special care of my more precious belongings.

I had no furniture other than my bed, a dressing table and a TV stand so after I unpacked most of my things, I put some blankets and cushions in a corner of the living room and connected the TV. It would do for now…

I was unbelievably happy I finally moved back on my own. Still, after two months, I catch myself smiling when thinking I now live alone again and I love everything about my new place, the space, they layout, the balcony, I even made a new friend, Mr Coco Flaps (thanks to Dan and Emma’s wonderful children who helped with the name). 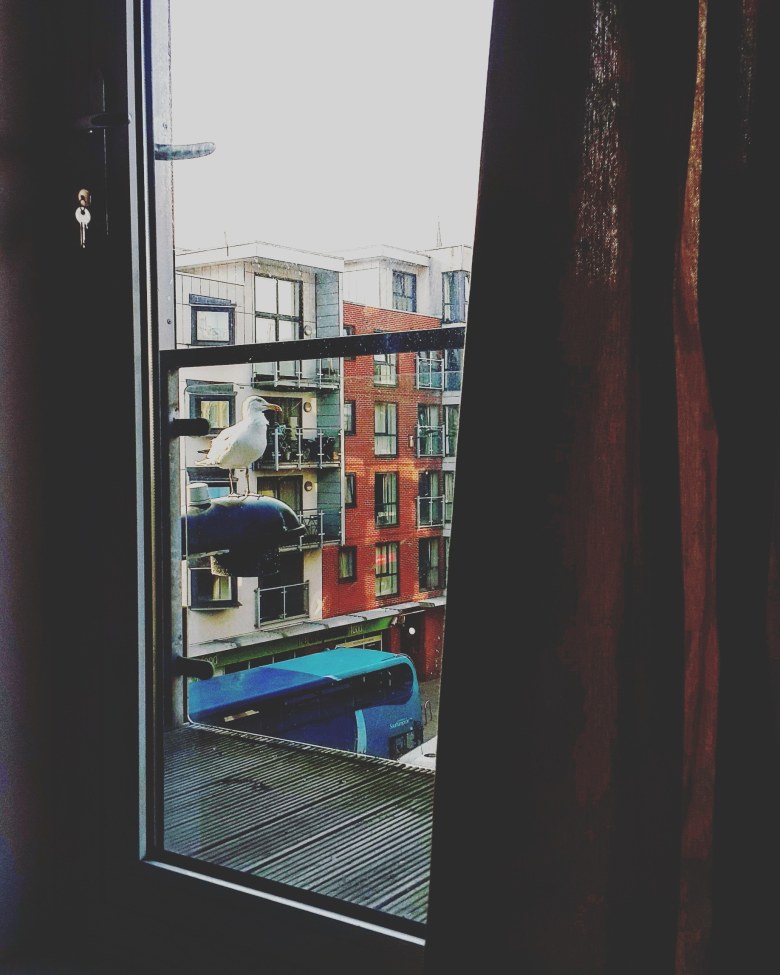 I tortured myself over the last couple of months overthinking, wondering if I was the problem.

Did I overreact? Should I have put up with living with someone else for a bit longer? Dirty dishes in the sink, not paying the Council tax and not saying anything until I got a letter (the first one I didn’t get to see until yesterday) from the Council. Surely it’s not just me who wouldn’t put up with this?

Did I cause getting ghosted twice over the last six months? Have I sub-consciously done something to make people disappear with no explanation? I would have never done that to anyone and it still shocks me that people think it’s OK to do that.

If that happened to you too, it is definitely NOT you. It’s not your fault if others are not brave or honest enough to just say what they think and what they feel.

I’m not sure if everything happens for a reason. But you certainly learn from every single experience. Sometimes is a reminder of something you already know, sometimes it’s a brand new lesson and sometimes through a bad experience, you make new friends, you become closer to your existing friends and you appreciate life more.

I’m a firm believer of starting over whenever you want to, it doesn’t have to be New Year or New Week or New Day, it could be a New Second, you can decide to change your life anytime, but moving into a new place is a de facto new start and an opportunity to hit the refresh button. There’s still a lot I want to do and as much as I try it’s not going to happen overnight, all this ‘When you desperately want something, the universe will make it happen’ is simply not true. Your life changes for the better when you keep trying and keep improving yourself. Just remember to be happy with where you are right now, love your self unlimitedly and don’t forget what you achieved so far. I certainly remind myself often.

*Link in bio* When we were asked to present to International House World Organisation South Italy conference I really wanted to but I've only been teaching for two months and I've been mostly overstressed, overloaded, overwhelmed and struggled with everything a newly qualified teacher does, what can others learn from my experience? The CELTA can't prepare you for what's to come when you start teaching full time, large groups and children, so I decided to put together a 'survival guide' for new EFL teachers like myself with advice from other teachers and here it is. I hope you find it useful *Link in bio* ❤️ #teaching #elt #efl #ih #advice #tefl #blog #survey
Oh summer with your bright, warm mornings, sandals and sundresses, your glorious, cooling, blue water after melting in the sun, cold coffees and cocktails, sweet sweaty evenings with ice cream and fairy lights, I cannot wait until you finally arrive, once again, like a glass of water just after a marathon. (Ode to Summer, by me). #summer #travel #sandals #colours #lifestyle #wanderlust #fashion
I've been ill for what feels like a lifetime, I'm beginning to believe I'll never feel healthy again (if anyone has any remedy ideas please do share, I'll try anything). Oh well, at least it's still sunny in Regio. #travel #elt #eltlife #teaching #italy #reggio #reggiocalabria #sea #sicily #views #photography
*Link in bio* If you asked me what the most common expression I've used so far during my first three months in Italy was, it's not 'scusi', or 'per favore' but.. 'Non parlo Italiano'. It's my opening line most of the time. Oh no, I actually first speak in English, as I often forget they won't understand me, then I notice the baffled expression on their face and I explain. So here's how I managed to get a (decent) haircut with minimal communication but plenty of awkwardness. #eltlife #travel #livinginitaly #italy #blog #italian