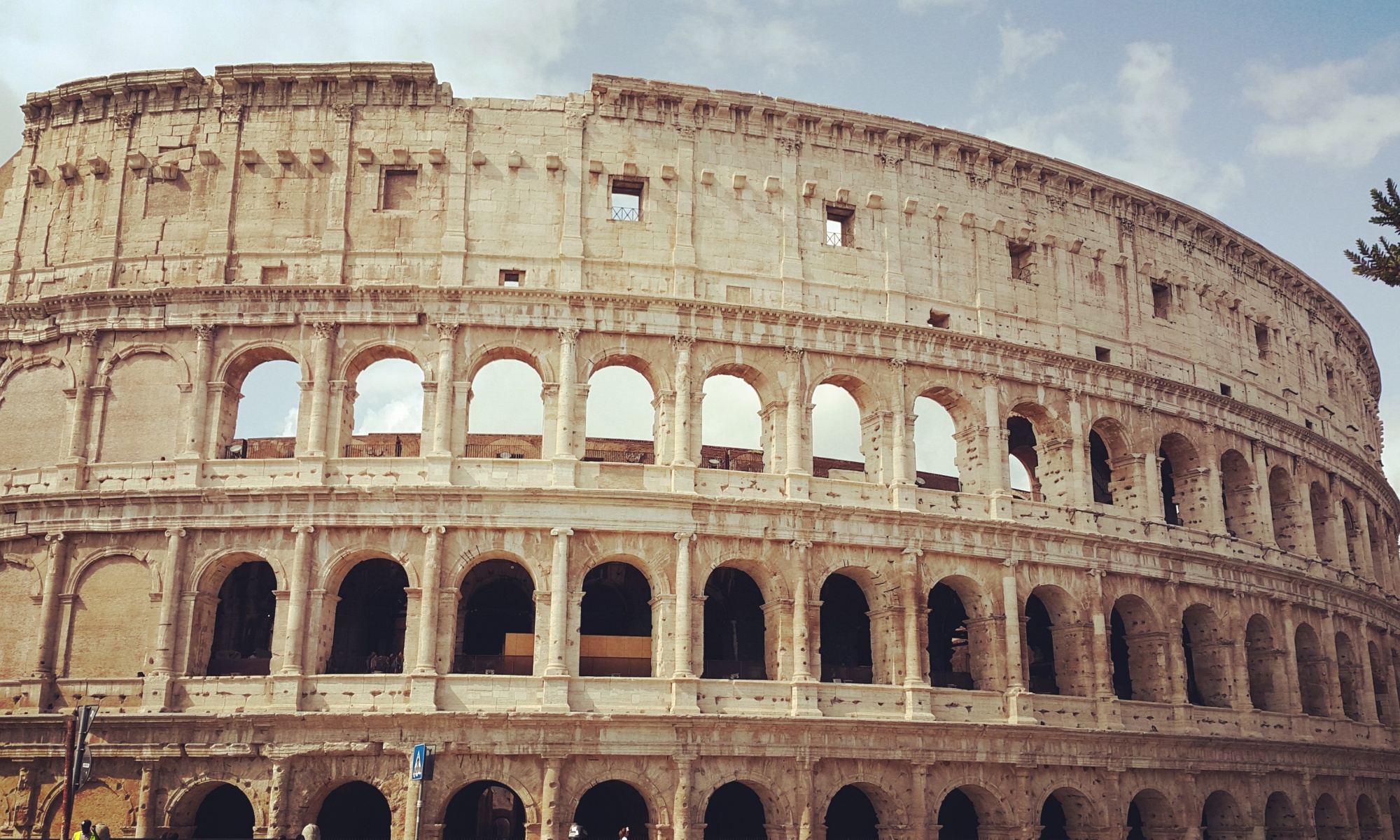 On Friday around noon we left beautiful Florence (part 1) and we took the long three and a half hour train to Rome. It was warm and sunny and got a little bit hot on the train. And there was this guy sitting opposite us. He was on the phone for most of the journey and when he was not, he sang or he put music on his phone out loud.

We were exhausted and especially towards the end we wanted to tell him to shut up but we were all too polite!

We arrived in Rome around 3:30pm, knackered, hot, hungry and in desperate need of the loo. The hotel we were to stay was five minutes away from the Roma Termini train station but we just couldn’t find it as there was no sign. After about 20 minutes of wandering and asking around to no avail, we finally bumped into the owner who let us in.

We stayed at Cialdini Rome, which was much better than the one we stayed in Florence, cleaner and newer and it included breakfast (fresh coffee, croissants and orange juice delivered to our room every day) and other than the toilet flush that got stuck a couple of times (but I figured out how to fix it after a day or two!) it was lovely. Friendly owners, daily cleaning and breakfast.

The area around the station is not the best, is quite poor and we were told they were a lot of pickpockets so we had to be very careful with our bags. The streets around that square smelled of wee, I have no idea why.  We joked we knew we were getting close to the hotel when we could smell the wee. But after a 10 minute walk you are transported into a completely different Rome. Bright, luxurious, beautiful.

Would I’ve known Rome better I’d probably stay more central, closer to the center and some of the landmarks, which is a much nicer area but I’m happy with our accommodation considering how much we paid.

After we checked in and got our map from the landowner’s husband, who was the chattiest and funniest Italian we met, it was time for lunch. We sat at the first place we saw, and it was the worst food we had in Rome (details on the food blog coming after the Rome blogs). We then headed towards some of the main attractions.

We passed by the Santa Maria Maggiore church and the Quirinale palace, heading towards the infamous Fontana di Trevi. Hover over photos for captions. 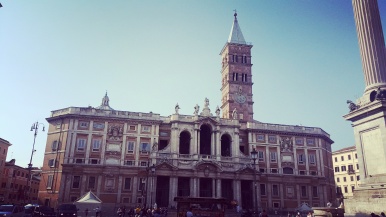 After wandering in the charming cobble streets, you turn a corner, and there it was! Fontana di Trevi. What a beautiful gem in the middle of the city. 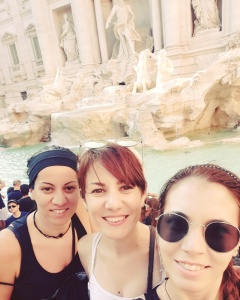 After throwing our coins into the fountain, and sister number two being told off by the guard there who whistles every time someone sits on the edge of the fountain, we made our way to the Pantheon.

What an incredible building, what an amazing piece of history, standing there in front of our eyes.

After a delicious dinner at a small restaurant in a picturesque cobble street near Pantheon, we headed back to the hotel, admiring the views. On our way back we went into a beautiful church and passed by the Italian Madame Tussauds (museo delle cere), which other than Einstein, the rest of the statues on the entrance didn’t look anything like the famous people they were supposed to resemble (and I was told off for touching Einstein’s face!). And that was the end of our first (half) day in Rome. 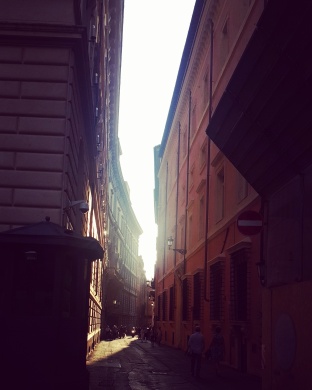 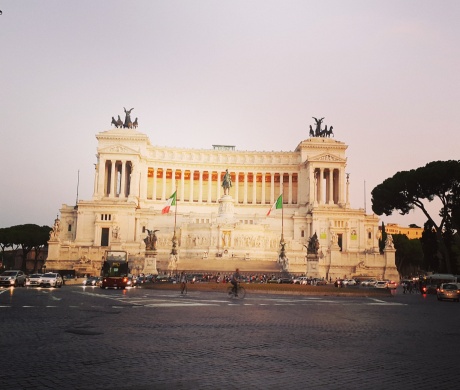 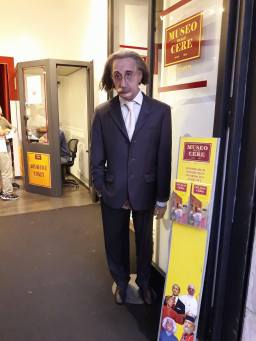 The following morning we headed to the Colosseum, which was actually very close to the hotel. Again, I’ve done no research and nobody told me that I had to pre-book tickets or get them from near the Colosseum if we didn’t want to wait for hours in the queue. So we opted for one of the guided tours offered by tens, hundreds even of guides outside who pick up what language you speak just by overhearing you talking.

That happened in Florence as well, but it happened much more in Rome. I was impressed they could do that, considering the Cypriot dialect, although Greek, is quite different to the official Greek language. But I guess they get used to it, with the millions of tourists they visit their city every year.

The Colosseum was breathtaking! We absolutely loved it. Our guide, Aldo was great and we learned a lot about the history of it, but he talked. A LOT. We were supposed to have a break after the Colosseum and re-join the group to enter the Roman Forum and Palatine Hill. But we were tired and starving by that time. We went for lunch in a cute nearby cafe instead and we then decided to head towards the river to enjoy the views from there.

On our way we  passed by the Arco di Constantino, Arco di Tito and Circo Massimo. After about half an hour we reached the river and we wandered around Tiberina. 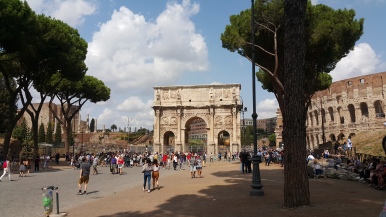 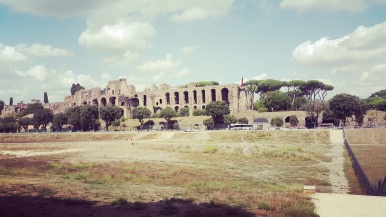 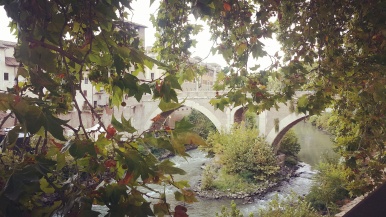 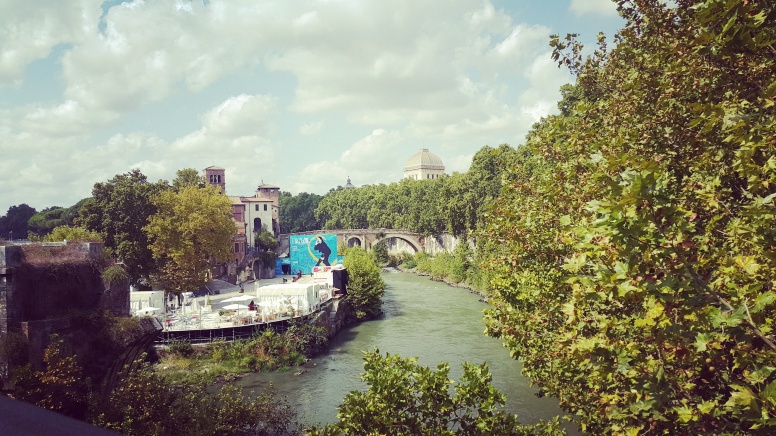 After a quick break for ice-cream and a short rest stop at the hotel we got to try pizza by the meter (the food blog will be amazing, I promise!), we passed by the Opera and sat at the steps of Piazza della Repubblica to watch the sunset. And that was the end of our second day in Rome. 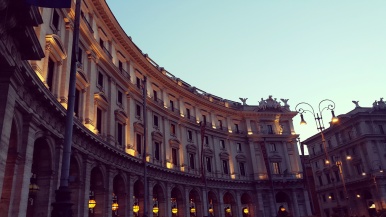 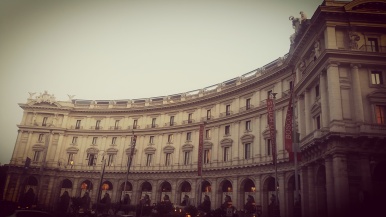 I hope you enjoyed our journey this far. Days three to five coming tomorrow or Monday and they are pretty awesome, if I say so myself!